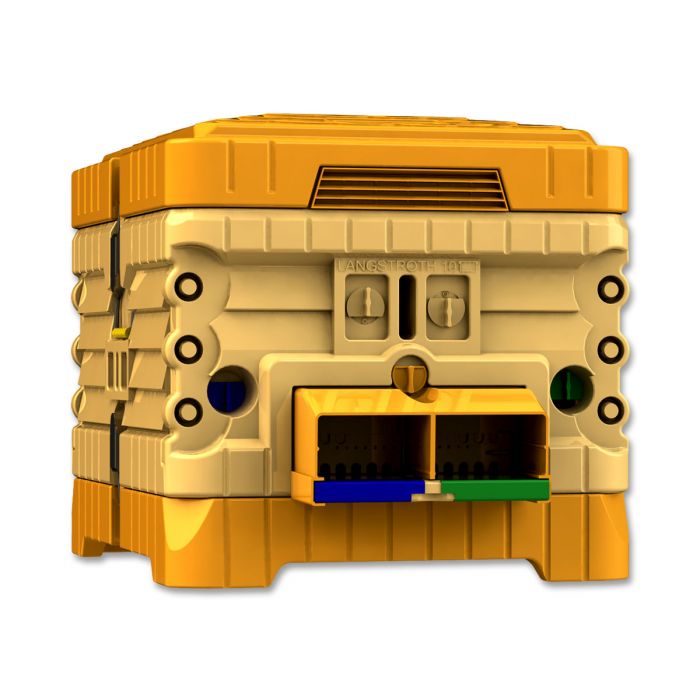 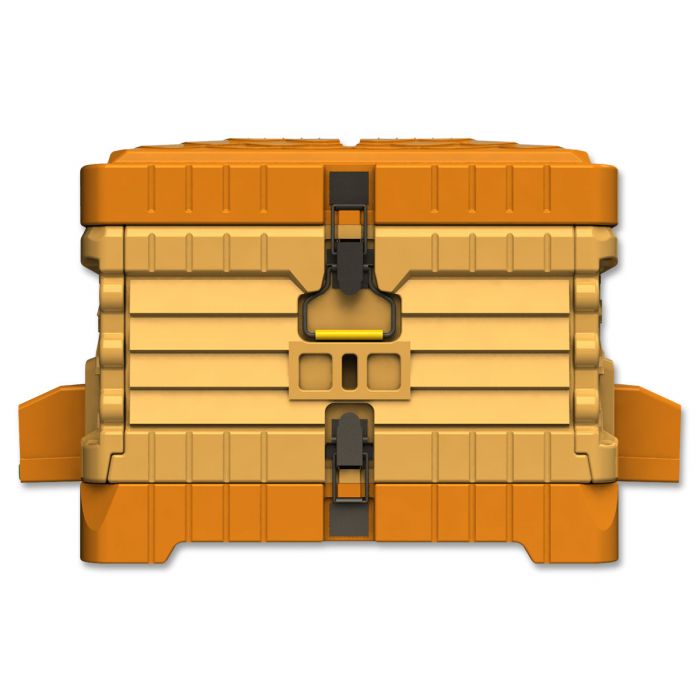 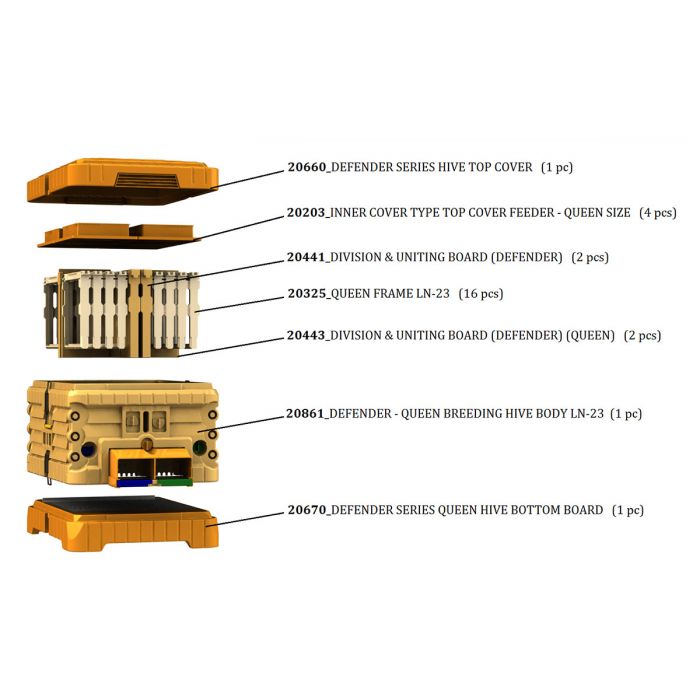 Queen Breeding Hives are an important part of apiary management and should be used imaginatively. An apiary should be a fairly fluid thing with possibly a fairly stable number of honey producing colonies, and a varying number of support colonies, mainly nuclei that service them. Numbers can be reduced by selling or uniting. Queen Breeding Nucleus with 4 Compartments allows, by its very design, to simultaneously rear and feed four independent colonies in any region or climate. The living space available per colony not only enhances Queen quality and enables her to lead a larger colony population, but also serves to increase productivity. With 4 Compartments the design lends itself to be converted into a Thermo Swarm Rearing Nucleus with 2 Compartments or a Thermo Production Hive, by means of accessories, if needed.

Queen Bee Status Indicator Provides convenience to the beekeeper in checking the condition of the Queen(s) if any in the hive without having to open the top cover thereby saving time. No more stones on the hives!

Mating Gate. There is a queen entrance towards the top of the brood box; this reduces the production of castes as virgin Queens leave by the highest exit and if she leaves, it is with a very small retinue.

Flight Board Located on two sides of the hive body for Queens, each flight board has two color sockets on it for bees to identify their own colony. The boards provide independent entry & exit for two or four colonies, and they can be easily closed and locked during transporting Queens.

Division and Uniting Board Half Size Used in dividing the Queen Hive compartment in to two smaller compartments, it has a uniting element which is opened to accustom the colonies to one another when uniting the colonies afterwards the board is removed from the hive.

Having a problem purchasing online? We are here to help. Contact Us